Historic Jackson’s Mill probably would not exist were it not for its association with General Thomas J. “Stonewall” Jackson, but he is only a part of the story. His grandparents, Edward and Elizabeth Brake Jackson, settled on this land in 1801 and soon constructed a log cabin and gristmill. Eventually the family businesses grew to include grist and saw mills, carpenter and blacksmith shops, and a store. Milling was an important industry in the frontier economy. The Jacksons were active in regional politics as well. These two things combined to make the Jackson homestead a central meeting place for the area’s settlers. Upon Edward’s death, operation of the family businesses was taken over by his son, Cummins. When 6-year-old Thomas Jackson came here to live in 1830 following the deaths of his parents, “Jackson’s Mill” was already a well-established local landmark.

Thomas was raised by his Uncle Cummins in the family traditions of milling and politics. He left in 1842 at the age of 18 for West Point and a distinguished military career. While the property remained in the Jackson family until the mid-1870s, much of it fell into disrepair after Cummins died without a will in 1849. The property changed hands several times, eventually belonging to the Monongahela Valley Traction Company. By 1920, leaders of West Virginia’s growing 4-H program felt the need for a central meeting place. Jackson’s Mill, which had become a popular spot for picnics and outings, was seen as an ideal location. The Monongahela Valley Traction Company was persuaded to donate five acres to the state as a 4-H campsite. These five acres included the Jackson homesite and the gristmill, which is the only original building still standing.

In 1921, an act of the West Virginia Legislature named Jackson’s Mill as a state 4-H camp, the first such camp in the nation. It was placed under the care of the Extension Service of West Virginia University. The first camp was held that same year. Counties began to design cottages, raise money, and gather volunteers for construction. The first cottage – Lewis – was finished in 1922. Others followed: Webster and Upshur in 1923; Harrison in 1924; Monroe and Marion in 1926; Gilmer in 1927; Barbour, Randolph, and Monongalia in 1929; Calhoun in 1932; Braxton in 1935; Kanawha in 1940; and Northern Panhandle, representing four counties, in 1952. Over the years, Jackson’s Mill has been a home for West Virginia’s 4-H program and much more. It has served as the site for countless educational programs from rural electrification to agricultural and home economics skills. During World War II, Naval aviation cadets received ground and flight training here. Jackson’s Mill is truly a rich and integral part of our heritage. Enjoy the beautiful grounds and buildings of this historic landmark while at the Jubilee! 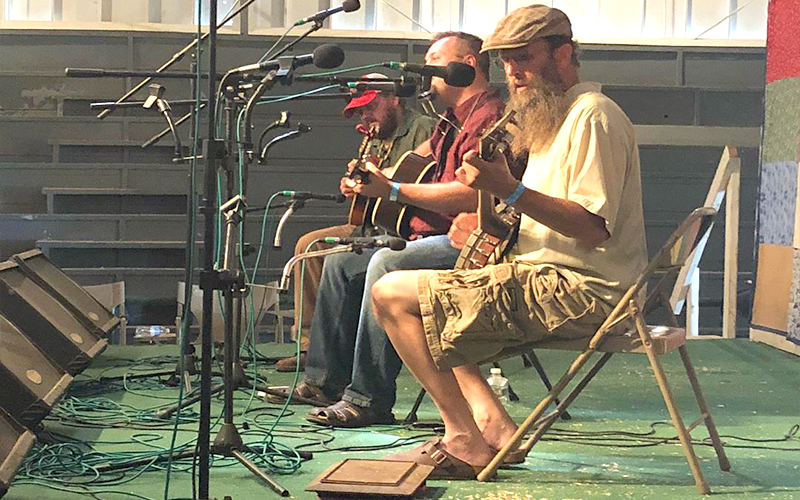